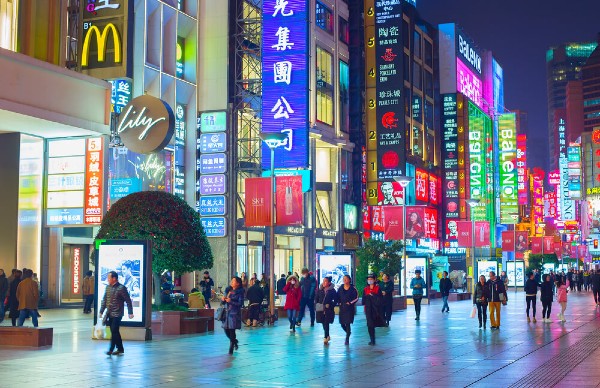 It hurts to say but let’s face it: China, not the US, is leading the global recovery

I, like many, have reservations about the way China behaves. But I thought I must be on a different planet after reading a report on the weekend from The Wall Street Journal on the US 1Q21 GDP. Growth was a robust 6.4% but missed consensus expectations of 6.7%. The commentary continued, “the upshot, economists say, is that the US is leading the global recovery, a reversal of roles from the 2008 crisis when countries like China and Brazil led the way while the US recovery lagged behind.” I thought we got rid of “fake news”.

And locally, when opening Macquarie Group’s Australia Investment Conference, CEO Shemara Wikramanayake said, “While the US will lead the global rebound, Australia expects to outperform most other countries this year.”

These comments are reminiscent of the lines of John Cleese’s “Don’t mention the war” classic in an episode of Fawlty Towers. The fact is, China is leading the global recovery and many countries, including Australia, would not be enjoying the rebound in economic activity if China’s participation was absent. We might not like it, but we must be realistic. For the record’s sake, at the close of 1Q21, China’s GDP was 27% greater than it was at 31 December 2019, leaving every country in its wake.

Comments from another quarter also put the cat among the central bank pigeons. Treasury Secretary Janet Yellen indicated that higher interest rates may be needed to keep the US economy from overheating, pointing to the large-spending American Jobs Plan (AJP) proposed by the Biden administration to rebuild the nation’s infrastructure and restore full employment. “It may be that interest rates will have to rise somewhat to make sure that our economy doesn’t overheat, even though the additional spending is relatively small relative to the size of the economy.”

Recall, Yellen was the chair of the Fed immediately prior to the appointment of Jerome Powell. While the Treasury Secretary has gone where few predecessors have dared to tread, her comments would be reverberating around the corridors of the Eccles Building in Washington D.C. and at 60 Martin Place, Sydney. Yellen was quick to make it clear she respects the independence of the Fed and was not making any recommendations. The financial markets will vote independently. Subsequently, Yellen has said “she didn’t mean it”. In a career of making measured statements almost daily, the jury is out.

The discussion on inflation continues
While both the Federal Reserve (the Fed) and the Reserve Bank (RBA) are adamant any inflationary pressures will be transitory, it was interesting to hear Warren Buffett’s take on inflation. He told shareholders at Berkshire Hathaway’s recent annual general meeting in Omaha, “We are seeing very substantial inflation. It’s very interesting. We are raising prices. People are raising prices to us and it’s being accepted.” Investors’ inflationary expectations over the next decade are at eight-year highs. These expectations hardly fit into the transitory category. “People have money in their pocket, and they’ll pay the higher prices” Buffett added.

Berkshire is not a one company operation, but a conglomerate and a great proxy for US business. Operations are spread across insurance, financial services, railroads, logistics, energy generation and distribution, automotive, chemicals, building materials, clothing/ apparel and more. It is also a great proxy for inflationary readings and sentiment. While the trends in prices currently being experienced may well be transitory, the Fed has its monetary policy at an “all in” setting and is relying on outcomes. When do increasing prices stop being “transitory”?

When, not if, inflation does reach the magical 2%–3% range, are the Fed and its Australian counterpart, in possession of a magic wand, which when waved stops the upward price march in its tracks? I guess so. It is called the Interest Rate Wand, blunt and damaging.

RBA upgrades everything except the interest rate
At the monthly Monetary Policy meeting, the RBA Board maintained all the existing policy settings encompassing the cash rate, the target yield on 3-year bonds, the parameters of the Term Funding facility and the bond purchase program. These settings have not changed for months and Governor Philip Lowe used more nails to ensure the official cash rate does not move until “at least 2024”, requiring Bunnings to restock.

“Sovereign bond yields have been steady recently after increasing earlier in the year due to the positive news on vaccines and the additional fiscal stimulus in the United States.” (Exhibit 1) Interestingly, in the past month the German 10-year bund yield has increased by 11 basis points (bps) to 0.33%, an increase of a mere 50%. This rise does not fit comfortably into the RBA’s “earlier in the year” description. It is a little more recent. The Bank of Canada has started to taper bond purchases and based on its latest projection the timing of when the 2% inflation target is sustainably achieved is “sometime in the second half of 2022.” This, well before both the Fed and RBA’s stated timing, although they are also based on projections. But neither the Fed nor the RBA take notice of crystal ball gazers, wanting to see outcomes.

The RBA’s central scenario for GDP growth was revised higher, with expectations of 4.75% in 2021 and 3.5% in 2022. “A pick-up in business investment is expected and household spending will be supported by the strengthening in balance sheets over the past year.” The unemployment rate is expected to continue to decline, to be around 5% at the end of 2021 and around 4.5% by end 2022. Previously, the 2022 forecast was 5.5%. That alone can make a vast difference in the timing of policy change—2024 seems far too distant. The bank’s forecast has “put a four in front of it” as was widely called for in recent weeks.

Relying on a pick-up in business investment is living on a wing and a prayer. Strengthening household balance sheets do not necessarily result in increased spending. The real increased strength is based on the surge in house prices, the psychological strength based on the “wealth effect”. One cannot spend fixed asset-dominated wealth, although it can make consumers more confident to lift spending. Pandemic-driven savings are being rapidly depleted, and the savings ratio will be back near normal within months. Driving unemployment lower will obviously help support spending and both the government and the RBA have pinned their recovery plans on job creation. As we know both confidence and despair can be fleeting.

Board members noted housing markets strengthened further in April and housing credit growth had picked up. Presumably, the board has the benefit of more current data, but as expected housing credit growth nudged higher in March as shown in the Financial Aggregates (Exhibit 2). Year-on-year (y/y) growth increased from 3.8% y/y ended February to 4.1% y/y ended March, marking a return to similar y/y growth year ended February 2019. The low point was y/y growth of 2.9% for year ended November 2019.

Interestingly, the rate of growth of Broad Money has slowed quite sharply to 9.6% y/y March from a recent peak of 12.8% y/y ended January. The brakes are already being applied. Care needs to be taken.

The RBA’s 6 July meeting is shaping to be a potential “game changer”. The Board will consider whether it will retain the April 2024 maturity as the target for yield curve control (YCC) policy or move to the November 2024 maturity. It will also consider the future of the quantitative easing program, after the second $100bn tranche completes in September. Given the robust economic outlook and sharply lower unemployment forecasts it is likely the third tranche could be trimmed.

The Term Funding Facility (TFF), which has been plying banks with liquidity at 0.10%, will not be extended past June. The TFF was established on 19 March 2020 and offered three-year funding to authorised deposit-taking institutions (ADI) to reduce the funding costs of ADIs and it complements the YCC focused on the 3-year bond maturity. The aim of the TFF was to reduce interest rates for borrowers, particularly business. The scheme encouraged lending to all businesses, but incentives were stronger for the small and medium-sized enterprises. The initial pricing was 0.25% and was reduced to 0.10% on 4 November 2020, in line with the YCC target. A total of $100bn has been drawn by ADIs and a further $100bn is still available, supporting funding costs for businesses taking advantage of the facility through mid-2024. I am unaware of the eventual cost to borrowers, but it would not be 0.10%.

With the 3-year term deposit rate over 1.00%, why is there $100bn still available in the TFF at 0.10%? Is it because there is no demand from small and medium-sized businesses? Don’t forget the RBA is relying on increased business investment to support economic growth.

While inflation remains well below targeted levels, the rate on longer-dated fixed mortgage loans is moving—upward—and the availability falling. Over the past month, 15 lenders have increased the rate on four-year fixed mortgage loans as demand for longer-dated loans swamps supply. Rates on one-and two-year fixed loans are being trimmed to attract borrowers down the curve. While the RBA does not see official rates rising until “at least 2024”, unofficial rates will.

Next week’s federal budget will be expansionary, perhaps a little too expansionary, adding to debt and with an eye on the next election. Some handouts and tax relief options have already been announced. A deficit over $150bn is expected. The iron ore fairy is not a permanent feature of the Australian economic landscape. And please don’t mention China.

Peter Warnes is Head of Equities Research, Morningstar Australasia. Contribution by Mark Taylor, Senior Equity Analyst, Energy and Mining Services. This is a financial news article to be used for non-commercial purposes and is not intended to provide financial advice of any kind.

The original post can be found in its entirety here

© 2021 Morningstar, Inc. All rights reserved. Neither Morningstar, its affiliates, nor the content providers guarantee the data or content contained herein to be accurate, complete or timely nor will they have any liability for its use or distribution. Any general advice or ‘regulated financial advice’ under New Zealand law has been prepared by Morningstar Australasia Pty Ltd (ABN: 95 090 665 544, AFSL: 240892) and/or Morningstar Research Ltd, subsidiaries of Morningstar, Inc, without reference to your objectives, financial situation or needs. For more information refer to our Financial Services Guide (AU) and Financial Advice Provider Disclosure Statement (NZ) at www.morningstar.com.au/s/fsg.pdf and www.morningstar.com. au/s/fapds.pdf. You should consider the advice in light of these matters and if applicable, the relevant Product Disclosure Statement before making any decision to invest. Our publications, ratings and products should be viewed as an additional investment resource, not as your sole source of information. Morningstar’s full research reports are the source of any Morningstar Ratings and are available from Morningstar or your adviser. Past performance does not necessarily indicate a financial product’s future performance. To obtain advice tailored to your situation, contact a professional financial adviser. Some material is copyright and published under licence from ASX Operations Pty Ltd ACN 004 523 782.